Our partners from Hudson Cook stopped by The Smart Compliance Blog to keep us up to date on the latest interpretation and impacts of the TCPA. Here’s what they had to say…

“Direct drop” voicemail services can deliver a prerecorded message to a consumer’s voicemail without calling the consumer’s phone number. For years, companies have wondered whether these services are subject to the Telephone Consumer Protection Act’s consent standards for autodialed calls and prerecorded messages. In 2014 and 2017, companies submitted petitions to the Federal Communications Commission seeking formal guidance on this issue, but the FCC has not provided it.

Dyck O’Neal used VoApp’s “direct drop” service to deliver approximately 30 prerecorded debt collection messages to Karen Saunders’s cell phone account over a one-year period. The service delivered the messages without calling Saunders’s phone. Saunders would receive a notification on her phone that she had a new voicemail message, but her phone would not ring with an incoming call. Instead, the VoApp service called a phone number assigned to a computer or server of Saunders’s voicemail service provider. The key dispute in the case was whether Dyck O’Neal required Saunders’s “prior express consent” to deploy this system.

The TCPA requires the called party’s consent to initiate a telephone call using an automatic telephone dialing system or an artificial or prerecorded voice. If Dyck O’Neal’s use of the “direct drop” voicemail service constituted a “call,” then Saunders’s consent was required, and the lack of that consent would constitute a TCPA violation. If the service did not constitute a call, then the TCPA would not offer Saunders any right to stop the calls, and there would be no TCPA cause of action.

Because the court recognized that it was addressing this issue for the first time, it looked to precedent opinions resolving similar questions.

The court noted that precedents had established that voicemail messages and text messages were “calls” subject to the TCPA. One precedent applied the following “common meaning” of “call” to reach this result: “to communicate with or try to get into communication with a person by a telephone.” That precedent determined that this definition covered text messages, in part because the TCPA should be interpreted broadly to effectuate its purpose of protecting consumers’ privacy. A second precedent framed this issue by reasoning that the TCPA applied to communications intended to express a message to the recipient through a telephone line.

Interestingly, these precedents focused on the use of a telephone line, but not necessarily the consumer’s telephone line, giving the court the foundation it needed to apply the TCPA to the VoApp service.

The court explained that a “call” includes an attempt to communicate by telephone.

From there, the court reasoned that Dyck O’Neal’s “direct drop” voicemails were calls because Saunders received notification of them on her cell phone and listened to the messages on her phone. Therefore, Dyck O’Neal had attempted to communicate with Saunders by phone. 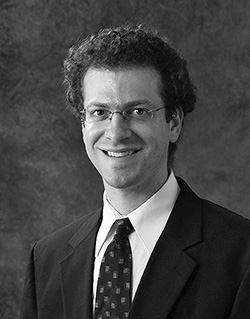 About The Author:
Michael A. Goodman

Michael is a partner in the Hudson Cook’s Washington, DC office. Michael advises clients on compliance with federal laws enforced by the Consumer Financial Protection Bureau, the Federal Trade Commission, the Federal Communications Commission, and other federal agencies. He also represents clients in examinations, investigations, and enforcement actions initiated by the CFPB, the FTC, and the FCC.

The court concluded that the effect on Saunders was the same whether her phone rang with an incoming call or her phone received a notification of a new voicemail.

The court explained that a result in Dyck O’Neal’s favor would produce “an absurd result,” in that it would apply the TCPA to calls to the called party’s phone number but not to “back doors” into the called party’s voicemail system. In the end, the court relied on the TCPA’s purpose of limiting the harassment and nuisance that automated calls and messages cause consumers.

There have been several recent judicial and regulatory developments giving hope to companies that relief from the oppressive surge in TCPA litigation is on the way. The Saunders decision is a reminder that this path to relief is not a straight line.